In May of 2014, Grateful Dead bassist Phil Lesh performed 2 nights in New York City’s world famous Central Park.
Love Hope Strength was there onsite registering fans to the marrow donor list in hopes of locating a perfect match for a cancer patient in need of a marrow transplant. Three months later, an annoymous fan who signed up during the concert would become a perfect match! In March of 2015, just 10 months later, they would donate healthy cells from their blood to help possibly save a life! 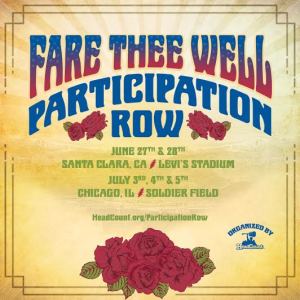 LHS takes pride in informing the band, venue & promoters of each event that produces a match for a patient. With this know knowledge, Love Hope Strength was hand picked to join the Grateful Dead’s 50th anniversary shows this summer in Santa Clara, CA & Chicago, IL. Love Hope Strength will join Participation Row along with other choice non-profits organized by HeadCount.org to be featured to all fans in attendance. The band has offered several VIP tickets to be auctioned off to raise funds for the selected foundations and highly encourage their fans to participate in the onsite activations of each. For more information on how to get involved with LHS at the 50th Anniversary Grateful Dead concerts, please visit givingworks.ebay.com/faretheewell