Rockstar and cancer survivor Mike Peters of The Alarm received an MBE on Thursday February 21st from Prince Charles at Buckingham Palace for services to charity.

Mike, who was born in Prestatyn  and grew up in Rhyl , has raised thousands for cancer care projects in the UK and abroad and dedicates his life to giving hope for families affected by the disease.

He said: “We’ve had an incredible morning, Jules and the boys were of course with me”.

“It was a very formal occasion, full of pomp and circumstance, and the palace looked resplendent.

I was feeling a little nervous and apprehensive as it has been such a long journey to get here, my MBE is for all cancer survivors, fans and our supporters, so it was nice to hear some contemporary music in the form Coldplay’s ‘Clocks’ played by the palace orchestra as I stepped up, I was expecting Beethoven and Brahms.”

Mike continued: “Prince Charles had time for everyone, he had a chat with me about Love Hope Strength Foundation, we had met before when I performed in Cardiff for the 75th birthday of the NHS. 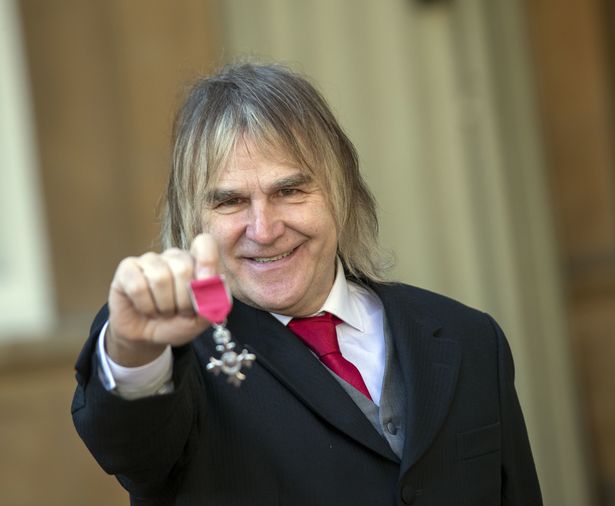 “It was humbling to meet people from all walks of life, who were being awarded for helping others and many were from Wales, which was also special.”

Mike formed rock band The Alarm in 1981 and went on to achieve worldwide success with the band performing alongside the likes of Bono and U2, Bob Dylan, Neil Young and Bruce Springsteen. 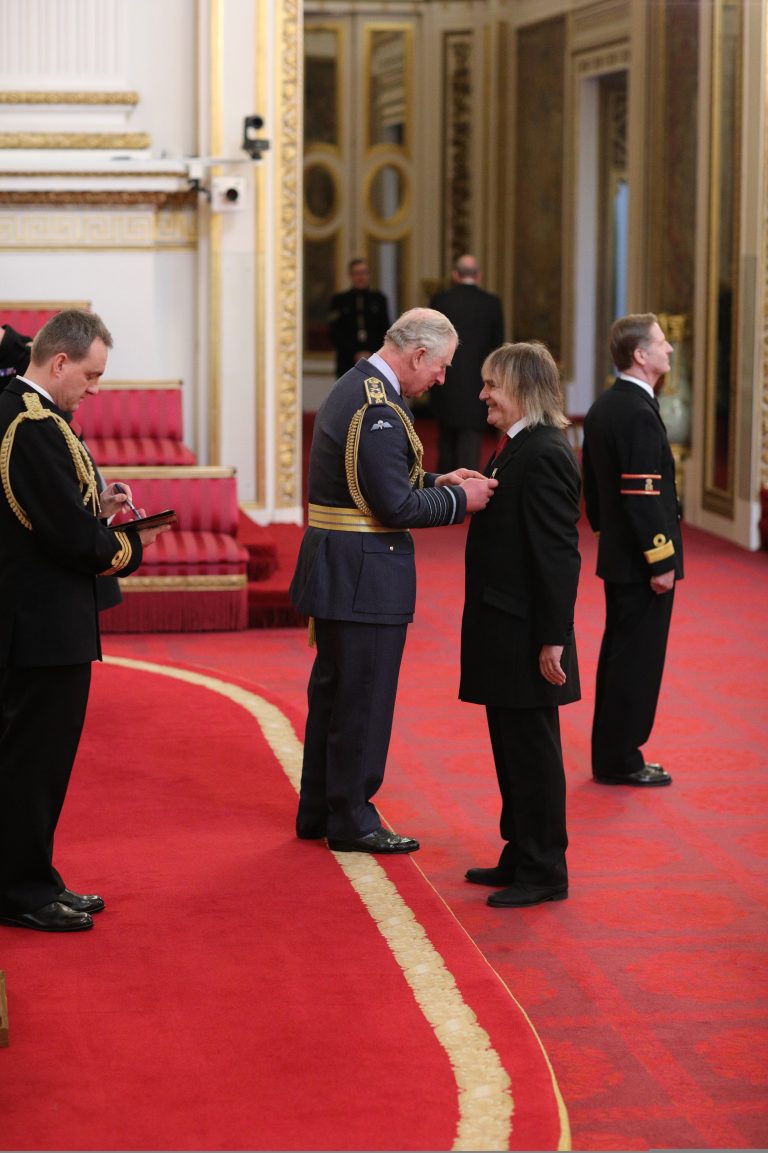 The 59-year-old father-of-two made a recovery from lymph cancer in 1996 only to receive the devastating news that he was suffering from chronic lymphocytic leukaemia in 2005.

He set up a sponsored walk up Snowdon, called Snowdon Rocks with his wife Jules, and following the success of this event, they co-founded the Love Hope Strength Foundations in the US and UK with Texan leukaemia transplant survivor, James Chippendale. In the past decade, the foundations have collectively gone on to raise over £1m for cancer projects through their international trek and events programme, with over £600,000 being raised by the charity in the UK.

Mike also spearheaded the By Your Side cancer care campaign for Awyr Las , the North Wales NHS Charity, which raised over £350,000 for cancer services in the region.

Partnering with the Leukaemia charity, DKMS to help launch the Get on the List programme, Mike has seen over 200,000 people added to blood stem cell donor registries, which has resulted in more than 4,000 potentially life saving matches being identified.